Wwwwwwwweeeeeeeeeeeeeeeeeee!! Finally an update! Sorry blogreaders :) Been busy enjoying life (at least most of the time:)… Less than one month left in US and it feels a bit sad… Im finally starting to understand and really appreciate the American culture! at the moment i dont feel like going home, sorry Sweden :)

I will try to cover all things that happened the last 3weeks, starting with Halloween and my birthday… It was absolutely one of the best weekends in my life! it started off with a Halloween party on Thursday the 28th of October! We went to the grad pub, I was dressed up as santa with a tie and a tshirt saying “santa claus is coming to town, please dont hit him”, I was the only santa there so it was fun! the most common costume was the mine worker from chile, some people say that Halloween is just an excuse for girls to dress up slutty, i dont think that is true, it was not that crazy :) During the whole weekend i gave away my camera and asked other to surprise me so I got like 300 pictures from the weekend! 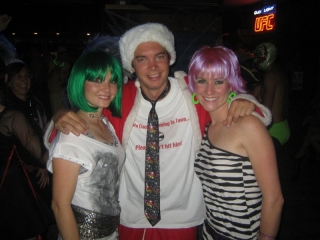 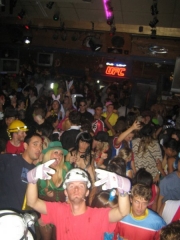 Friday afternoon we went to Palo Alto which is a suburb to San Francisco, it is a really nice suburb though, next to silicon valley and stanford university! we went out to a cool sushi restaurant in the evening where i experiences my first american birthday dinner! We did sake-bombs, super delicious food and there was also a ballon-bender that made a swedish flag hat of ballons and wrote 25th birthday on it, pretty awesome! I was a bit surprised that in america when you celebrate someone’s birthday it is like you are the king and everyone else is supposed to buy drinks for you… It felt a bit weird in the beginning to not pay for my stuff but it was an awesome night, it was very special for me! THANKS! Brent Johnson, Bryan Shepherd, Christian Drestler, Danny Hartsough, David Priestley Pristley, Isaac Riffelmacher, Jefferson Heidelberger and Matt Heitzmann! SHAFT 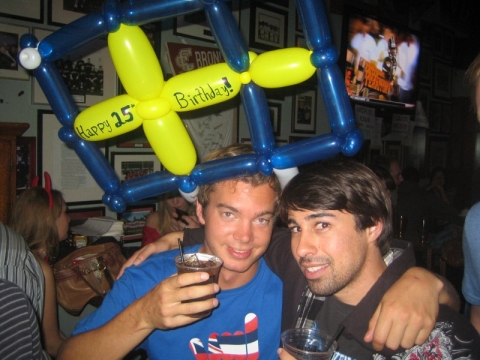 We stayed at Dave´s parents house in palo alto that night and i got to sleep like one hour in the bed before Jefferson and Brent started to fake-fighting so i decided to sleep the rest four hour on a pilates mat, it was not comfortable but i was not sober either so it was ok :) We had to wake up at 8am in the morning to prepare for the Warrior Dash, which is an incredible fun mud race! Andrew Perroy was meeting us up at the warrior dash spot… Most of the guys ran in tuxedos, Matt and Danny were Mexican runner, Christan was a moose and I was santa again! One thing that is new for me here is what i thought was American but apparently is just that we are in business school where everyone loves to hold speeches all the time! It is so much fun but it is sometimes hard to come up with something smart to say! Since it was my birthday weekend i held the opening speech and the closing speech for the run… The opening speech was pretty nice I think, the closing speech was not as nice but it is a lot of fun and it is ok to suck, because it is just for practice :) Before every obstacle someone in our group gave a speech! most of the time it ended with someone saying BOOM and the others go JIZZEM, 3 times! after the race they all surprised me with nice presents! A UC Davis t-shirt, UC Davis beer glass and a birthday card saying “happy birthday girl” with a pony on it, very cute :) In the birthday card they all had written personal birthday greetings to me, some were serious and some ironic, but highly appreciated! They also sang happy birthday in English but spontaneously they started to sing in with a what they believe a Swedish accent, it felt great, it might sound emotional but it felt that it was real friendship coming right there! thanks guys! super awesome day, just have a look at the pictures and you will understand! 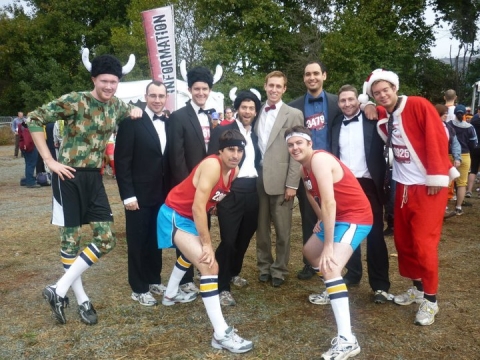 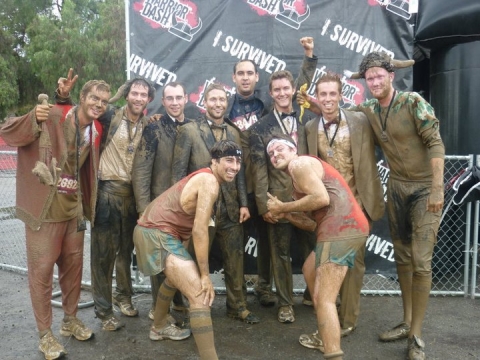 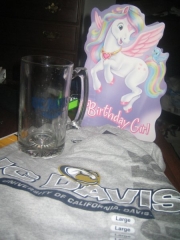 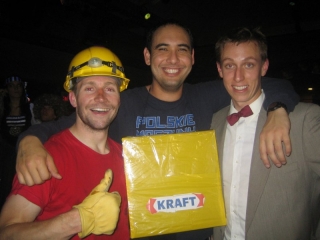 After the race we came back to Davis, the San Francisco baseball team(giants) were playing an important game (world series which means only American teams:), some among us really wanted to see it… I decided to take a nap instead before the second Halloween party! It started off at a friend’s house with games and bbq, we were around 50people there. i was dressed up as an Indian prince slash king, i just burrowed my flatmate’s traditional costume, it almost felt that I was wearing something good looking and not a real Halloween costume :) There was a competition of the best costume, most creative and “what the fuck did he/she think”… Jefferey won the “what the fuck did you think”, Thomas from Germany won the most creative and best costume title went to Chris Carleson who dressed up as Matt Heitzmann… Pretty funny to dress up as someone in the same program! Chris made an amazing speech that was one of the highlight of the night! well done chris! later all 50 people sang happy birthday for me with a Swedish accent, it was cool! :) So now it is more or less becoming a thing to try to imitate my accent, especially when alcohol is involved :) 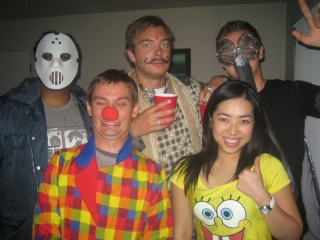 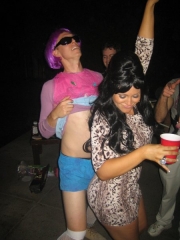 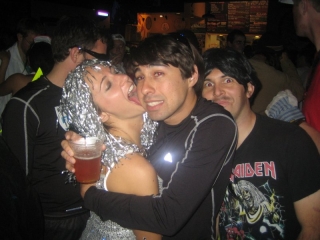 This post is becoming very long! As you understand the Halloween/birthday weekend was amazing! Next time i will write about Sebastian Ingrosso, redwoods in Berkeley, school and Pigroast… This week Arnold Schwarzenegger and Harrison Ford were at a climate conference next to our school, pretty cool! On friday we are a gang of 10-15people going to portland for hiking and sightseeing, some people will go to a live comedy show(Tosh), me and Christian will go to see Robyn live, im really excited for that! Ok enough for today! Hasta la vista baby!!!